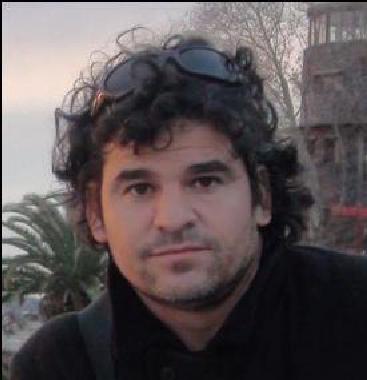 I am dedicated to the work of supporting and accompanying people with drug problems. I was called to help them from my own experience using substances as a teenager. Due to my difficulty with consumption, my parents ended taking me in a Rehabilitation Center back in 1987, when I was 18 year old.

After a long and difficult experience of twists and turns to drugs, in and out of the first Center with the Modality of Therapeutic Community called Programa Andrés (“Andrew Program”, its translation into English), founded by the pioneer of the Therapeutic Community movement in Argentina, my dear Carlos Novelli, I began to feel the need to change. In 1995, in the role that I naturally had of Social-therapeutic Operator - which was at that time the one that any resident who had completed the process on a Therapeutic Community in a frame of self-helping assumed-, I became a central and fundamental element of support to other people who went through a problem similar to mine.

As Therapeutic Community Institutions started professionalizing and began to implement approaches and professional practices, I also felt the need of accompanying such process of professionalization. In 1996 I formally began to study the career of Social-Therapeutic Operator at Universidad del Salvador (USAL - Buenos Aires)

By that time, I started feeling my own experience wasn’t enough to help others.

I also became interested in training as Counselor in Addictions at the University of Miami, USA in 1997 and 1998. By then, I was drawn near the idea of studying Counseling and it was there where I met Carl Rogers’ Person-Centered Approach.

While I was studying at the First School of Counseling in Argentina, now named after the introducer of the approach in our country Lic. Andrés Sánchez Bodas, I continued my job as Social-therapeutic Operator in Non-Governmental Organizations.

Two years after I got the degree, I started working in the Project of a Center of ambulatory care based on the Counseling with Person-Centered Approach.

Today at my 45 years, I run the First Outpatient Center in Argentina, accompanying problematic drug users and persons with other attachment behaviors, working from the Person-Centered Approach, giving Counseling and Psychotherapy their spaces, walking with more than 50 persons, impacting hundreds of families.

The support is performed with an interdisciplinary approach, with professionals such as psychiatrists, physicians, psychologists, teachers, social-therapeutic operators and counselors.

CHOICE COUNSELING Program encourages persons to start a process of deep change in their behaviors and in the knowledge of themselves either for the consultant identified with the problem and/or his/her environment, by involving family and any consultant’s significant person.

Supports are performed individually and in groups.

Like all outpatient approaches and unlike residential methodologies where the patient or resident is 24 hours in the center, the consultant or user of the ambulatory center must be brought to the program every day, in good or bad state of being. Such is achieved by generating a warm climate that allows the person to feel invited, attracted to attend to the institution and letting him/herself to be accompanied in this difficult but not impossible task of changing and losing the habit of the conduct that harms him/her and impoverishes all areas of his/her life.

The support shaft is to work with the bond. Professionals are based on not judging the person who goes through this conflict as someone who does not want to change. If the person is coming to the center, it is because there is something that doesn’t work for him/her. This means that we do not work with a population of users who compulsory attends the center; for example, derived from criminal justice or with persons who openly inform us that their desire is not to change.

In those cases where families get distressed by the denial of someone who is and feels bad and does not want to come out of that discomfort, we offer a joint work with the family and the persons who are important to the consumer. A professional –counselor or psychologist specialized in Parents’ Guidance - accompanies these persons. The axis of the work is the Demand Strategy.

As for the specific job with someone in consultation ready to take some action to modify his/her problem, the invitation is to try to reach total abstinence from all psychoactive substances. This is essential in order to perform the process of personal development towards the required change to pass through these modifications in the person. We understand, based on our experience, that a profound change in personal constructs is rare if psychoactive substances are consumed in parallel.

The goal we set with the user of the program is much more ambitious than to stop using a drug or sticking to a behavior but quite that he/she can get to listen to him/herself, to know him/herself, to leave his/her conditioning and to begin to be more congruent with him/herself.

So the first thing we must do is that the consultant who comes to us for help commits to work hard to stop consuming, which is the objective of the first phase of the program. If he/she can achieve the task with the help of his/her environment, family, friends, co-workers and essentially a group of persons undergoing through his/her same difficulty, the consultant will get the needed foundation to move to another stage of his/her personal process. This foundation already implies a deep process that transforms the look of him/herself. From there, in most of the cases, an irreversible process begins regardless the attempts, trials and errors that the person can cope with through different life choices that can nourish or harm him/her.

According to the different personal situations and criteria of admission to our program, there are also persons who need more complex supports, such as brief hospitalizations in Therapeutic Community Centers or psychiatric hospitalizations when the person is decompensated or his/her life is at risk.

The accompaniment and different supports are agreed with the future consultant to enter the program; therefore, there is from the first moment, a commitment made by the person and his/her family to observe a certain frame which they choose and accept together with the program. This is important to mention: such frame is not the same for everyone at CHOICE.

Accompaniments processes are suggested or raised depending on each person and his/her particular situation so we offer nothing standardized. On the contrary, the structure of a treatment plan is flexible and it should always be adapted to each particular situation.

Thus, for example, some persons are indicated to share a group space and some persons are pointed out to be individually treated. Some are offered both spaces at the same time while others are also encouraged to attend to the center every day, or three times, twice or once a week. Some are given an individual support from the beginning and they are not included in groups and the same goes for family spaces; some persons do have them and some do not depending on the situation of the family, if the person has the family in consultation or not, as many consultants have only guardians, friends or colleagues to accompany them.

As you can see, the Approach prioritizes the person over the structure, something that many caring centers similar to our program are modifying in their practices so that the person doesn’t get lost by a standardized structure.

However, it must be pointed out that organizations must have resources both human and financial to make their Programs on a personalized planning because working this way is much more expensive than working with a standard planning.

Moreover, this kind of work requires an interdisciplinary approach and that all those professionals involved in the different areas of the person, whether parent groups, couples groups, siblings groups and network, family workspaces, coordination of phase groups –initial, intermediate, advanced- individual counselors and therapists, convention coordinators, professionals of first interview and assessment, coordinators of social-educational retreats, etc., must indispensably participate of the weekly team meetings where a carefully monitored supervision of the accompaniment of each consultant and family in the program is performed.

Carl Rogers taught us a series of attitudes that we have to consider as the backbone of our accompaniment.

Frequently in these helping institutions, the Therapeutic Operators who have lived the drug experience – as in my case- mix up sympathy for the experience that the other person brings resembling our own, with the empathy that Rogers speaks about.

If we cannot see the other as other with a different perceptual world to ours and we do not listen it from him, it is almost certainly that we will not be there to accompany him.

In relation to Congruence, it has been transmitted for decades in many programs, the idea of giving the consultants a POSITIVE MODEL which was attributed with a number of features that didn’t take into account the personality of the person who was supposedly the model. Therefore, we can’t confuse being a model or a guide with stopping being oneself. The congruence Rogers is asking to us is being authentic, being without facades, accepting our inner world and everything that happens to us in relation to others.

Finally, as I previously mentioned the acceptance of the person without judging or labeling in such way we can convey the purpose to him/her of beginning to register him/herself without external conditioning, I will speak of the tendency to actualization that Rogers passed on us, clearly essential in the way we support our consultants.

Professionals themselves often disbelieve in the possibilities of change in clients who show greater difficulty to stop consuming. This is a big mistake as such position not only doesn’t allow us to approach to the person but also make us transmit him/her the negative energy that he/she will not be able to do it.

If we do not believe that by providing the necessary conditions Carl Rogers taught us and, basically, the LOVE for the person we are supporting is going to generate in him/her the base to deploy change, we should dedicate ourselves to another field.

We must always bear in mind that the essential tool of support is our person in that role, and in this sense, one of the most important activities within professional teams is the Co-Vision or Supervision, not only of the practice but also of how each one of the members of that team is feeling in the role.